Wax tablets in the Middle Ages

Wax tablets in the Middle Ages

I have just stumbled upon a passage in the second volume of Frater Felix Fabri's "Evagatorium". He and his companions are currently in a ravine and enjoy a badly needed break. Frater Felix uses this opportunity to record the voyage from Gaza to that place.

I was surprised that wax tablets were still in use in the late Middle Ages. I had always thought that these went the same way as the Romans.

His felawe hadde a staf tipped with horn, A peyre of tables al of yvory, And a poyntel polysshed fetisly, And wroot the names alwey, as he stood, Of alle folk that yaf hem any good,.... And whan that he was out atte dore, anon He planed awey the names everichon That he biforn had writen in his tables.... (Lines 1740-1759: Pratt 297f)

And Wattenbach says that they were still in use in his time at the Rouen fishmarket (c. 1875). 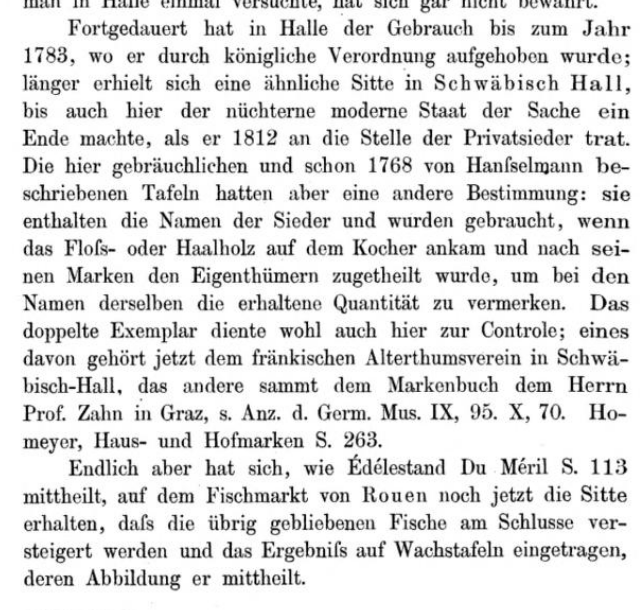 Salve Jeidsath and thank you for the insight. I never would have dreamed that this archaic writing material was in use for such a long time. Although, in hindsight, it should not have surprised me. After all, paper was probably not that cheap for quite some time. And in the absence of note pads, post-it notes and pieces of pottery for use as ostracon...

Wood seems to be a fairly common material too. I know in the Roman period thin sheets of wood with bee's wax served for letters in Britain. I think this could have continued. I attended a lecture, years ago, on the formation and development of Norse runes, which argued for wood there as well at some point.

Return to “Civilization and Culture of the Greeks and Romans”